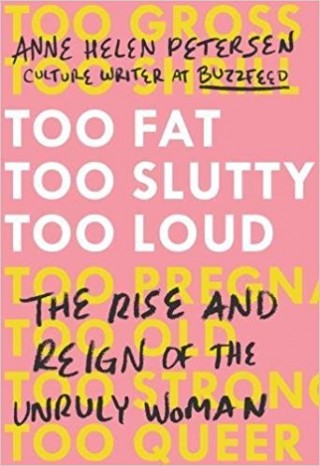 The Rise and Reign of the Unruly Woman

From BuzzFeed culture writer Anne Helen Petersen comes an accessible, analytical look at how modern female celebrities are pushing boundaries of what it means to be an ‘acceptable woman’.

Anne Helen Petersen watched the election unfold on November 8 2016, and as her disbelief of a Trump victory became indisputable, Petersen sensed that the result “signalled the beginning of a backlash that has been quietly brewing for years, as unruly women of various forms have come to dominate the cultural landscape.”  Petersen examines this phenomenon using the lens of “unruliness” to discuss the ascension of pop culture powerhouses like Nicki Minaj and her “sexually explicit” representation, Melissa McCarthy and her successful career despite public fascination with her weight, and Caitlyn Jenner’s grand coming-out reveal. Why does the public love to love (and hate) these controversial figures?  Petersen breaks this question down with ten critical essays on famous and influential women the public felt were “too big, queer, loud, smart, sexual, or otherwise abject for mainstream audiences.”