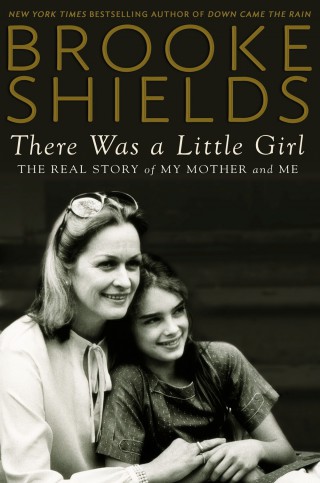 There Was a Little Girl: The Real Story of My Mother and Me

"It’s about the forty-eight years that I knew - yet never really knew - my mother..."

Neither Brooke Shields nor the life she’s led has ever been considered ordinary. Her parents divorced when she was five months old and she was primarily raised by her mother, Teri. Her first modeling job came before she was even a year old, and the career that followed made her the most famous and recognizable child, and then teen, of her generation. All of her success came with Teri at the helm.

“Who was my mother? I believe that I knew her better than anybody else did. And I didn’t know her at all.” So begins Shields’s new memoir. Brooke opens up for the first time—and entirely in her own words—about her complicated and layered relationship with her mother.

A larger than life personality, Teri was the apex of her daughter’s life, and nearly every action Brooke took was for her, in response to her, because of her, or in spite of her. As Brooke grew from child star to teenage beauty, Teri was often publicly criticized for the choices she made for her daughter’s career and personal life, beginning with Brooke’s starring role at age eleven in the movie Pretty Baby, where she played a child prostitute.

There Was a Little Girl is Brooke’s chance to set the record straight—welcoming the good along with the bad, in a poignant and honest portrayal of their impenetrable bond, shaped by both laughter and tears.

Brooke’s early success meant that she was scrutinized from every angle as a child and adolescent, and in public her mother fiercely protected her from the pitfalls and temptations that derail so many child stars. But in private, Teri was troubled, sometimes verbally and emotionally abusive, volatile, and drank so excessively that at thirteen years old Brooke staged an intervention—the first attempt of many. Brooke describes life on the film sets of Blue Lagoon and Endless Love as safe havens, because she knew her mother wouldn’t hurt herself with alcohol while they were working.

As Brooke grew into adulthood, her inseparable relationship with Teri became strained as she sought independence, both as a daughter and an actress. Brooke attended Princeton and experienced life away from home for the first time, as well as romantic love for the first time, with her classmate Dean Cain. The following years found Brooke grappling with personal sacrifices and professional choices that would affect their relationship forever.

Later, when her own daughters were born, Brooke found that her experience as a mother was shaped in every way by the woman who raised her. And despite all the fears and challenges of the past, when Teri died in the midst of Hurricane Sandy in 2012, Brooke was by her side, loving and conflicted until the end.

Although played out in the public eye, the experiences and feelings Shields shares are ultimately universally relatable and applicable to all mother-daughter relationships.