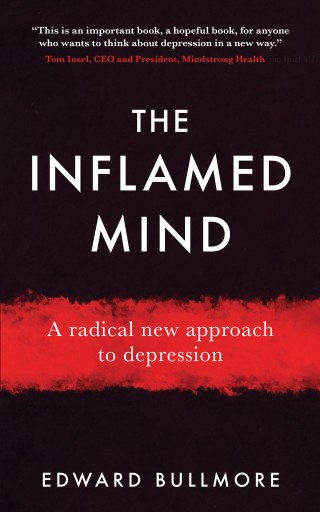 A radical new approach to depression

Worldwide, depression will be the single biggest cause of disability in the next 20 years. But treatment for it has not changed much in the last three decades. In the world of psychiatry, time has apparently stood still… until now.
In this game-changing book, University of Cambridge Professor Edward Bullmore reveals the breakthrough new science on the link between depression and inflammation of the body and brain. He explains how and why we now know that mental disorders can have their root cause in the immune system, and outlines a future revolution in which treatments could be specifically targeted to break the vicious cycle of stress, inflammation and depression.
The Inflamed Mind goes far beyond the clinic and the lab, representing a whole new way of looking at how mind, brain and body all work together in a sometimes misguided effort to help us survive in a hostile world. It offers insights into the story of Western medicine, how we have got it wrong as well as right in the past, and how we could start getting to grips with depression and other mental disorders much more effectively in the future.