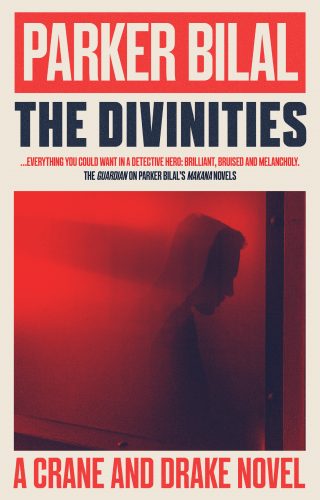 A CRANE AND DRAKE NOVEL

A LAST REPRIEVE. A FINAL JUDGEMENT

When two bodies are found brutally murdered on a building site in Battersea, Detective Sergeant Calil Drake is first on the scene.  Desperately needing to restore his reputation following his demotion when an undercover operation went wrong, Drake sees an opportunity to get his stalled career back on track.

Assigned to work with enigmatic forensic psychologist Dr Rayhana Crane, Drake’s investigations lead down the dark corridors of the past – to their military service in Iraq and the destruction they witnessed there. As a community is poised on the brink of violence, and with their lives on the line, Crane and Drake must pull together to stop the killer before vengeance is unleashed.

Debuting with The Divinities, Parker Bilal has created a compelling new crime series.  He introduces the intriguing Crane and Drake partnership in this riveting novel with a London setting at its very core.