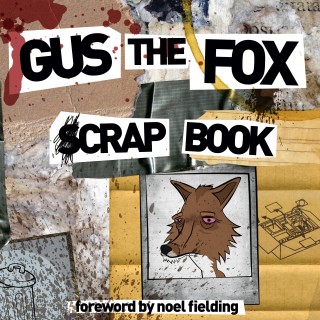 Skulking beneath London’s tacky veneer live a population of creatures we only catch fleeting glimpses of as they slink off into the gloaming, going about their revolting business… Sometimes animal, sometimes human, occasionally both, another society of cadgers and spongers thrives in the shadows of the city. Until recently it seems we knew very little about what this lot get up to when the rest of us were not there.

But that was before Gus – our fox on the frontline. For the past 12 months Gus has recorded his daily thoughts, activities and interactions. Through his surreal, salacious and darkly disgusting observations, we learn about urban wildlife, celebrities and quite a bit about ourselves and this crazy world that we’ve all been forced to share.