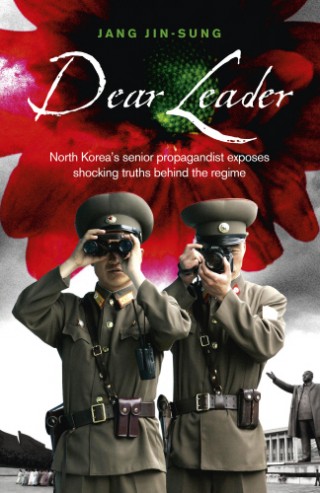 DEAR LEADER is a devastating account of life in North Korea by a former Party insider. The importance of Mr Jang’s standing in North Korea and how damaging his testimony is to the regime cannot be overstated – never before has a member of the elite described how this totalitarian state is actually run.

Jang Jin-sung was a cadre in Section 5 (Literature), Division 19 (Poetry) of Office 101. Personally endorsed by Kim Jong-il for a triumphalist poem he’d penned glorifying the Kim dynasty and the State, he was anointed a Poet Laureate for North Korea. Enjoying a privileged position within the party, Mr Jang was bestowed with food provisions, a travel pass and, due to the nature of his work in Office 101, access to strictly censored material from South Korea.

Mr Jang’s life in Pyongyang made him ignorant of the horrific suffering of his fellow North Koreans, many of whom lived in atrocious conditions, subject to unimaginable poverty. It was not until he used his special status to travel back to his hometown that his eyes were opened. He was shocked to discover it had deteriorated into a vision of hell, his former townsfolk now starving, wretched and hopeless. Jin-sung’s experience led him to privately question the regime, and he began to confide in his best friend, fellow cadre and former classmate, Hwang Young-min, composer to the Wangjaesan Orchestra, Kim Jong-Il’s court entertainers. The young men could not have foreseen how their affluent existence would so soon be utterly shattered. When a forbidden magazine Jin-sung illegally lent to Young-min was accidentally left on public transport, the men fell foul of the regime. They would soon feel the full force of North Korea’s ruthless brutality, their terror compounded by the merciless ‘guilt by association’ decree – family members for two subsequent generations are horribly punished and often put to death for the ‘crimes’ of their relative.

A unique and highly readable account, DEAR LEADER exposes a side of North Korea which has never before been seen. It is also the heart-stopping story of an escape to freedom.