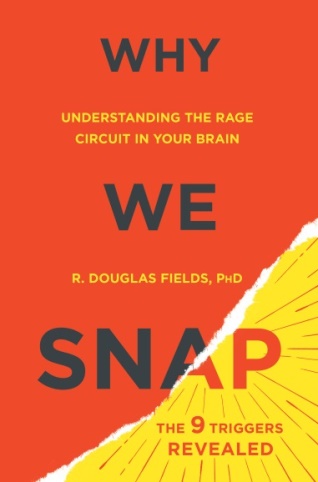 UNDERSTANDING THE RAGE CIRCUIT IN YOUR BRAIN

When Doug Fields was robbed on a street in Barcelona with his 17-year-old daughter, he surprised himself by reacting instantly and fighting back explosively. Reflecting on the event, Field, an otherwise amiable scientist in his 50s who had no experience in martial arts or fighting, realized if he had examined the situation logically, he never would have responded that way—risking his life, and his daughter’s, in a violent struggle with a street criminal. But he didn’t think—he just reacted.

A respected neurobiologist and senior investigator at the National Institutes of Health, R. Douglas Fields, PhD, became obsessed with figuring out what made him react in a manner so contrary to his normal behavior. He recognized the same behavior in so many of the stories that make up daily headlines—otherwise rational people with no history of violence or mental illness suddenly snapping in a domestic dispute, an altercation with police, or road rage attack. Fields concluded that our culture’s misguided understanding of these sudden acts of violence is based on an erroneous assumption: that rage attacks are the product of morally or mentally defective individuals, rather than a product of a biological mechanism we all possess.

WHY WE SNAP: Understanding the Rage Circuit in Your Brain is Fields’s unprecedented exploration into the fascinating new science of rage. Using a variety of real life examples—both personal and news-making— Fields explores the inherent capacity to snap that exists in all of us, as well as the triggers that, in the right situation, can unleash a spontaneous fit of rage in almost anyone.

In WHY WE SNAP, Fields explains that violent behavior is the result of the clash between our evolutionary hardwiring and triggers in our contemporary world. He reveals how this hardwiring behind snapping works, illustrating how evolution, sex, fear, genetics, and stress are all integral to the mechanism that controls rage. As demonstrated in the Barcelona anecdote, not every snap is negative—the same pathways in the brain that can result in a violent outburst can also lead to heroism and altruism.

WHY WE SNAP also introduces, for the first time, the nine triggers of the rage circuit, which Fields describes using the mnemonic LIFEMORTS: Life-or-death situation, Insult, Family, Environment, Mate, Order in society, Resources, Tribe, and Stopped. These nine triggers, Fields explains, are at the root of all snaps, regardless of whether they are violent and destructive or heroic and life-saving.

With a totally new perspective, captivating anecdotes, and practical advice, WHY WE SNAP is a fascinating study in both neurobiology and human behavior, as well as a useful tool in navigating the high-stakes, high-stress, and high-alert world around us.