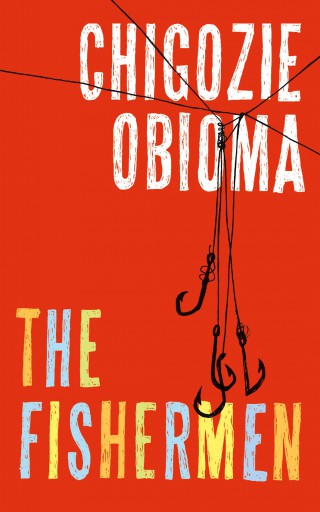 'The Fisherman first came to me as a tribute to my many brothers, and a wake-up call to a dwindling nation - Nigeria'

The Fishermen is set in a small town in Nigeria in the mid 1990’s. Four brothers, the youngest is nine, use their strict father’s absence from home to go fishing in a forbidden river and encounter a dangerous local madman, Abulu, whose mystic prophecy of violence threatens the very core of their close-knit family. He predicts that one of the brothers – a fisherman – will kill another. This evil prophecy of violence causes a deep rift between the brothers and starts to break the deep filial bonds, unleashing a tragic chain of events. Told by shy nine-year-old Benjamin whose love for animals lends the novel an almost mythic quality, The Fishermen combines classic African storytelling with the emotional fearlessness of contemporary fiction.

The Fishermen is an essential novel about Africa, capturing the complexity of its history, political landscape and the epic beauty of its culture. Chigozie Obioma is a strikingly original new voice of modern African Literature.

‘Awesome in the true sense of the word: crackling with life, freighted with death, vertiginous both in its style and in the elemental power of its story. Few novels deserve to be called ‘mythic’, but Chigozie Obioma’s ‘The Fishermen’ is certainly one of them. A truly magnificent debut.’

“Obioma’s remarkable fiction is at once urgently, vividly immediate, yet simultaneously charged with the elemental power of myth.”

“Obioma writes with gorgeous restraint reminiscent of the intricate prose in a Tolstoy novella.  Every sentence delivers a precise and heartfelt blow.  Hardly anyone writing today is delivering this level of intricacy, lyricism and control.  Add to that, the urgency and importance of his message.  It just doesn’t get better than this.  Get used to the name: Obioma is here to stay.”