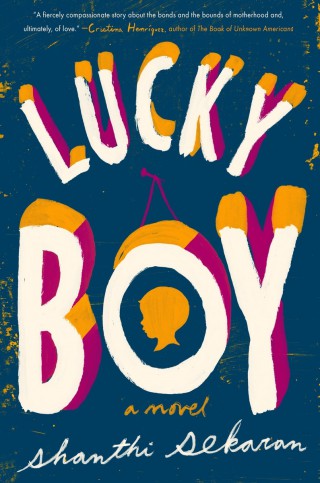 Solimar Castro Valdez has always been a dreamer, wishing for a better life away from her small town of Popocalco. Drunk on optimism and full of faith, Soli embarks on a perilous journey across the Mexican border. Weeks later she arrives on her cousin’s doorstep in Berkeley, California, dazed by first love found then lost – pregnant, undocumented, and unmoored. When her beloved son Ignacio finally arrives, Soli discovers that motherhood can be her identity in a world where she is otherwise invisible.

Despite enormous pressure from her parents to conform to their idea of the proper Indian-American lifestyle, Kavya Reddy has created a life she adores. Her marriage to her husband, Rishi, is mostly happy and she loves her job as a chef, but at thirty-five her life starts to seem empty, a gaping hole at its centre that can only be filled by a child. When she can’t get pregnant, this desperate desire strains her marriage and tests her sanity, setting her on a path leading to Soli’s infant son Ignacio, sent into foster care when Soli is placed in immigrant detention. As Kayva learns to be a mother to this boy she builds her love on a fault line, her heart wrapped around someone else’s child.

LUCKY BOY beautifully weaves together the themes of motherhood, immigration, infertility, adoption and minority life in America. It’s also a story about California and a larger portrait of what the state looks like now – who does the work and who has the power.

A native of California, Shanthi was inspired by her own upbringing as a child of immigrants, by the news stories she was hearing about undocumented mothers losing their children when they were put into detention centres, and by living in Berkeley, CA, a place that for all of its progressiveness is also incredibly privileged.

At once heartbreaking and uplifting, LUCKY BOY will leave readers thinking and feeling and debating long after turning the last page.