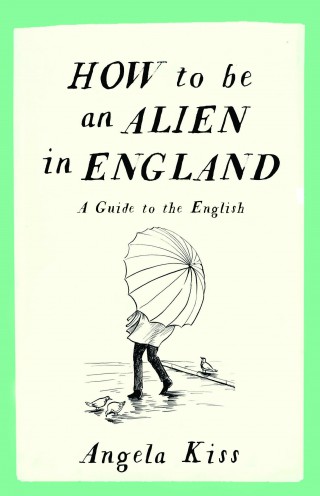 How to be an Alien in England

A Guide to the English

Ten years ago, Angela Kiss arrived in the UK without a word of English. All she possessed was a small bag, a sense of adventure, a willingness to work and a well-read paperback given to her by her brother. How to be an Alien by George Mikes – a 1940s classic about the peculiarities of the British – would become a constant source of wisdom and counsel in Angela’s life as she learned to navigate the confusing terrain of English culture.

Through dodgy flat shares and badly paid jobs, weary commuting and terrible dates, but mainly searching for the true meaning of what the English say, Angela held tight to George’s dry wit, intelligence and insight. With his help she began to understand what makes the English tick and to slowly find her feet in her new home.

This is Angela’s tribute –Mikes for the 21st century. Turning her astute eye to love, optimism, the weather, awkwardness, understatement, politeness and a host of other subjects,  How to be an Alien in England is a very funny, perceptive and often affectionate view of the English, and how to fathom our national personality.