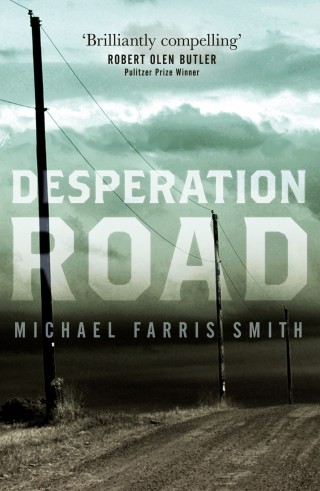 For eleven years the clock was ticking for Russell Gaines in Parchman Penitentiary. Now he’s completed his sentence, Russell believes he’s paid his debt. But when he returns home, he discovers that revenge – alive and kicking – surrounds him.

Meanwhile, a woman named Maben and her young daughter trudge along the side of the interstate. Despairing and exhausted, Maben spends their last few dollars on a room for the night in a lonely roadside motel, just so her little girl can get some sleep. But events spiral and that night ends with the murder of a police officer. As the dawn breaks, the destinies of Russell and Maben collide and Russell Gaines is forced to decide whose life he will save—his own or those of the woman and child.

Written in powerful, lyrical prose, Desperation Road is a story of troubled souls bound by a secret that stretches over the years and across the land. It’s a secret that never abates, no matter how they try to escape it.