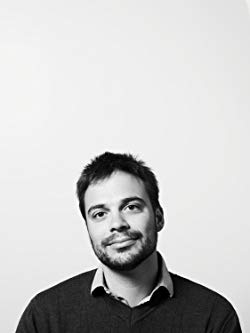 Michael David Lukas is the author of the internationally bestselling novel The Oracle of Stamboul, which was a finalist for the California Book Award, the Northern California Independent Booksellers Association Book of the Year Award, and the Harold U. Ribalow Prize and has been published in fifteen languages. He has been a Fulbright Scholar in Turkey, a student at the American University of Cairo, and a night-shift proofreader in Tel Aviv. A graduate of Brown University, he has received a fellowship from the National Endowment for the Arts, and his writing has appeared in The New York Times and The Wall Street Journal. He works in the Center for Middle Eastern Studies at UC Berkeley and lives in Oakland, California.  Grandson of Holocaust survivors, Lukas has lived in Cairo, Tel Aviv, and Istanbul, and is deeply committed to working for peace among communities. He weaves centuries-old legends and stories here to connect characters and readers across cultural and historical expanses.