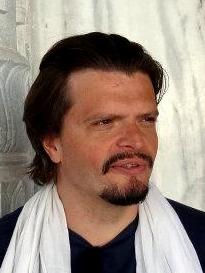 Justin Huggler was born in the Channel Island of Jersey. A former foreign correspondent for the Independent newspaper, he covered the occupation of Iraq from 2003 to 2004. He has also covered the 2001 war in Afghanistan, the second Palestinian Intifada, the 2004 Indian Ocean tsunami, the overthrow of Slobodan Milosevic, and the Nepalese revolution. He lives in London, ‘Burden of the Desert‘ is his first novel.