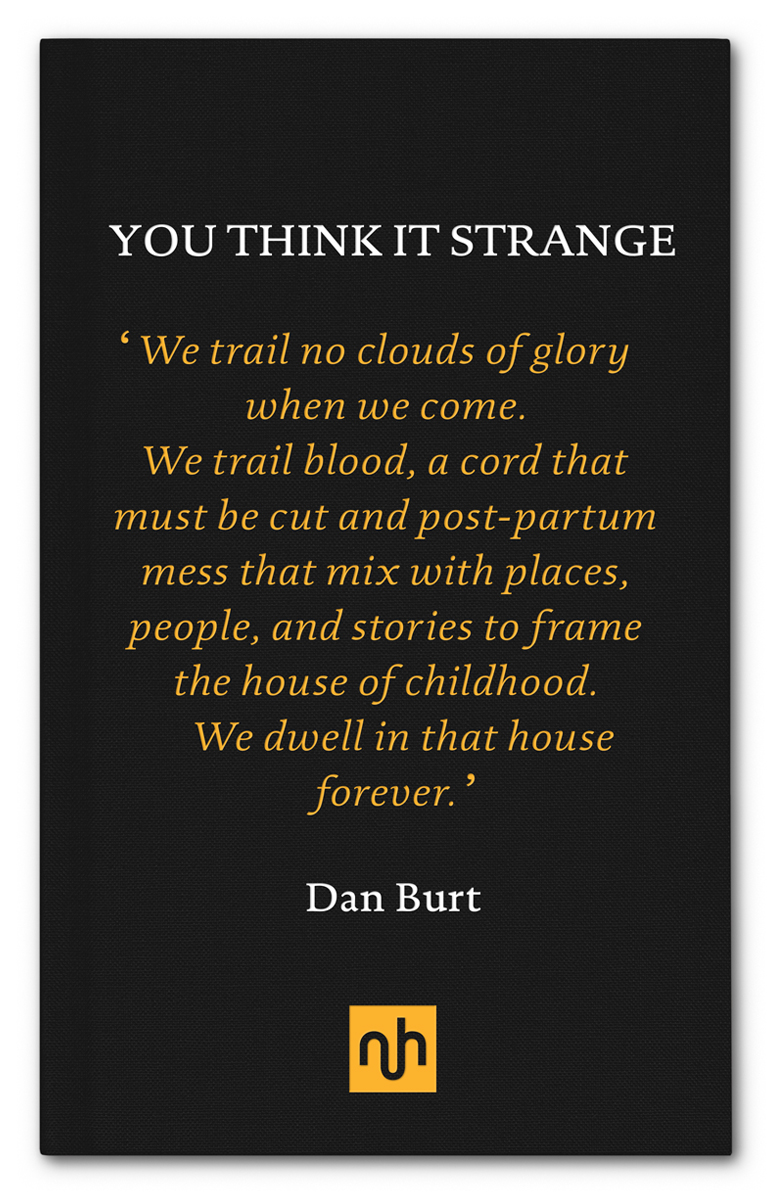 Dan Burt is a writer whose poetry and prose have appeared in PN Review , the TLS , the Financial Times , and the New Statesman, among others.  His writing draws on work as a butcher, sailor, lawyer, public figure, and businessman in, among other places, South Philadelphia; the sea off New Jersey; Washington D.C.; New York; Boston; Riyadh, Saudi Arabia; and London. He lives and writes in London, Maine, and St. John’s College, Cambridge, of which he is an Honorary Fellow. You Think It Strange is an expanded version of Dan Burt’s riveting prose memoir, first published in his collection Certain Windows (2011).