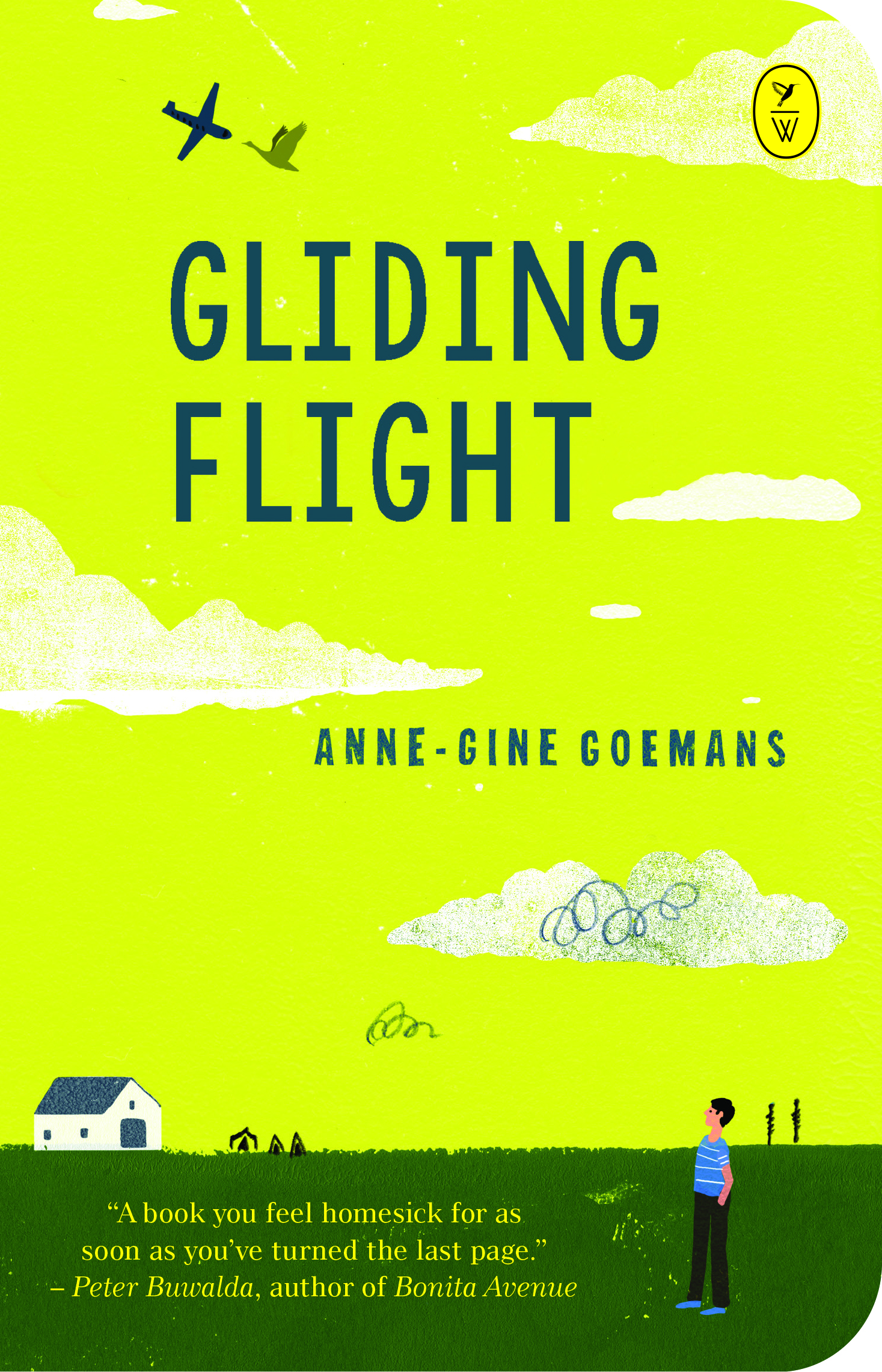 Gliding Flight is the second novel of Dutch writer, Anne-Gine Goemans. The novel was awarded the Dioraphte Literary Prize and the German M Pionier Award for new literary talent (previously awarded to Herman Koch and Jonas Jonasson), and will be made into a film. Both Gliding Flight and her first novel Unfurrowed Ground (not yet published in English) were longlisted for the prestigious Libris Literature Prize.