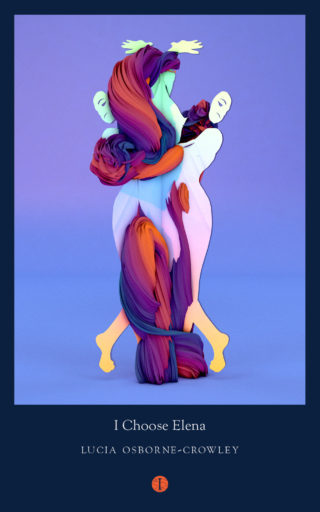 On Trauma, Memory and Survival

A searing essay about trauma, recovery and the true cost of sexual violence

Lucia Osborne-Crowley’s childhood was spent pushing her body and her mind to their limits. An elite gymnast, by her ninth birthday she had represented her home state of New South Wales; by the time she was twelve she had represented Australia. She was on track to be an Olympian and every minute of every day was spent in pursuit of athletic perfection. Her self-belief was boundless; her determination unrelenting.At the age of 15, she was stopped in her tracks. Lucia was violently raped by a stranger on a night out, sparking a series of events that left her devastatingly ill for well into her adult life. She told no one about the rape. I Choose Elena is the story of how this trauma, borne in silence and fear, inhabited, tormented and threatened to destroy her once strong body. The long road to healing began a decade later when she shared her secret for the very first time. Finding solace in writers such as Elena Ferrante and Rupi Kaur, she learned how to express her suffering. And through words, she began to rediscover her resilience in the face of a formerly unbearable trauma.

I Choose Elena explores what has been proved, but is not yet widely known, about trauma, bringing to our attention its cyclical, intergenerational nature; how trauma intersects with deeply-held beliefs about the credibility of women; and how trauma is played out again and again in the fabric of our cultures, governments, judicial systems, and relationships. Lucia Osborne-Crowley has written an unforgettable book – eloquent, defiant and honest, it is the story of how a woman reclaimed her body.