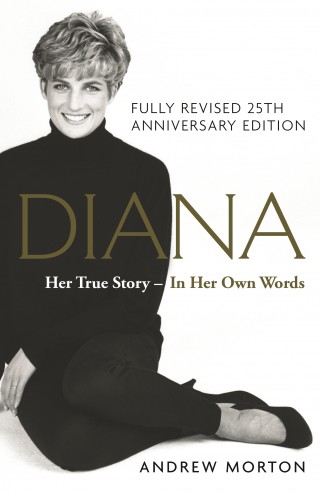 Her True Story - In Her Own Words

Twenty-five years after its original publication, Michael O’Mara Books announce a fully updated edition of Diana: Her True Story – In Her Own Words. The original unedited transcripts of Diana’s interviews will be published for the first time as biographer Andrew Morton re-examines the recordings and reflects on the extraordinary circumstances surrounding the initial publication of Diana: Her True Story.  This revised edition also considers Diana’s long-term legacy and her relevance to the modern royal family.

Andrew Morton’s ground-breaking and controversial biography, Diana: Her True Story changed the public’s perception of the British monarchy and became an instant global bestseller.  When it was first published in 1992 the book was met with abuse and criticism from the disbelieving British Establishment and mass media.  At the time, Diana’s collaboration with Morton was a closely guarded secret.  It was only in 1997, after her tragic death, that Morton revealed how the princess was the hidden hand behind the most controversial royal book of all time.  In raw and revealing tape recordings, Diana exposed the sham of her marriage to Prince Charles, her eating disorders, her suicide attempts as well as her hope and faith in a happier future.  This was royalty unplugged and uncensored with the princess talking candidly about her whole life; from her unhappy childhood to her time inside the royal family.  Sadly her life was cut heartbreakingly short.  As a result Diana: Her True Story – In Her Own Words remains her one true testament.