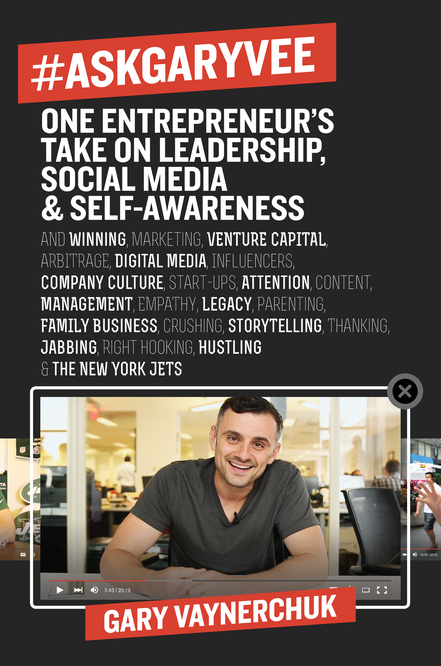 Gary Vaynerchuk left college in 1997 and took over his family wine business, which he grew from a $3M to a $60M business in five years.  CEO and co-founder of VaynerMedia, which helps Fortune 500 companies tell their stories via social and digital media, Vaynerchuk is a prolific angel investor and venture capitalist who invested early in leading tech companies including Facebook, Twitter, Tumblr, Uber, and Birchbox before co-founding Vayner/RSE in 2014, a $25M angel fund that invests in and helps launch the next generation of world-changing technology companies.  A three-time New York Times bestselling author, Vaynerchuk was named in Fortune magazine’s “40 under 40” list of the most influential leaders in business in 2014, and in 2015 appeared in Crain’s “40 under 40” list, recognising New York’s top business leaders.  In 2016 VaynerMedia will open its first international office in London

The New York Times bestselling author draws from his hugely popular #AskGaryVee Show to offer surprising, often outrageous, and imminently useful and honest answers to everything you’ve ever wanted to know – and more – about navigating the business and digital world. In his new book, Vaynerchuk showcases the most useful and interesting queries he has presented […]