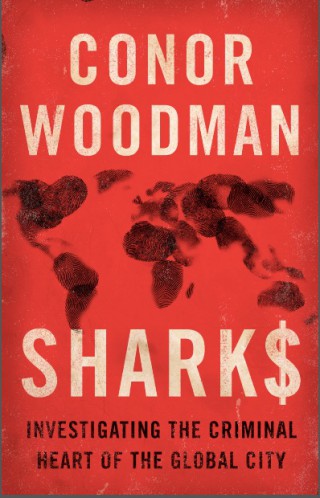 INVESTIGATING THE CRIMINAL HEART OF THE GLOBAL CITY

Conor Woodman has always been fascinated with crime, and he’s not the only one. Criminality, in its many forms, dominates TV dramas, the box office and the book charts, with criminals presented as lovable rogues and their transgressions glorified.  However, the more time Conor spent with criminals, the more interested he became in what it really takes to commit crime. As a result, he has spent the last four years journeying around the globe, tracking some of the world’s richest, and most unpleasant criminals.

SHARKS takes us on a journey through the lawless backstreets of cities such as Mumbai, Bogota, New Orleans, Mexico City and Jerusalem. Here, in the hidden depths, he uncovers the people and the scams that keep the global black economy moving. From steamy Southern State dice games to a kidnapping in Mumbai, from Argentinian currency counterfeiters to cannabis cultivation in Birmingham, Conor investigates who really runs these cities, who they are exploiting and what local corruption allows these dark markets to thrive.

Conor’s hands-on approach – risky, brave, occasionally reckless – gives us his most daring reportage to date. In one breathtaking encounter after another, Conor Woodman’s SHARKS reveals a picture of the crooked underworlds you never knew existed and the real life criminals you never, ever want to meet in a darkened alley.