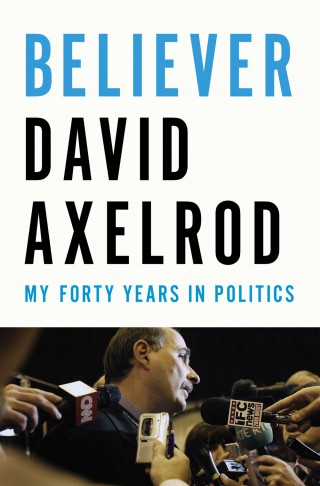 My Forty Years in Politics

The man behind some of the greatest political changes of the last decade, David Axelrod has devoted a lifetime to questioning political certainties and daring to bring fresh thinking into the political landscape. Whether, as a child hearing John F. Kennedy speak in New York or as a strategist guiding the first African-American to the White House, Axelrod shows how his personal story stands at the centre of the tumultuous American century.

BELIEVER begins in the inimitable world of 1960s New York, but rapidly moves west. As a young newspaperman in the Chicago of the 1970s and 1980s, Axelrod reported on the dissolution of the last of the big city political machines, along with the emergence of a black, independent movement that made Obama’s ascent possible. Seeing the golden age of Chicago journalism collapse, Axelrod switched careers to become a political strategist, working for path-breakers like Barack Obama and Hillary Clinton, and morally-conflicted characters like John Edwards. For better and worse, Axelrod helped to redefine the techniques by which modern political campaigns are run.

The heart of BELIEVER is devoted to Axelrod’s twenty-year friendship with Obama, a warm partnership that inspired both men even as it propelled each to great heights. As senior adviser to the president, Axelrod served during one of the most challenging periods in national history and worked at Obama’s side as he battled an economic disaster, navigated America through two wars, and fought to reform health care, the financial sector, and our grid-locked political institutions. In BELIEVER, Axelrod offers a deeper and richer profile of this extraordinary figure–who in just six years vaulted from the Illinois State Senate to the Oval Office–from the perspective of one who was at his side every step of the way.

In frankly sharing his life and work over the decades, Axelrod ultimately traces the continuing evolution of the Democratic Party and the United States at large. BELIEVER is a powerful and inspiring memoir enlivened by the charm and candour of one the greatest political strategists in recent American history.