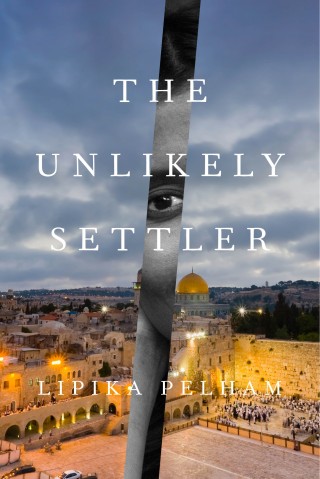 In the tradition of classic memoirs such as Alexandra Fuller’s Don’t Let’s Go to the Dogs Tonight, this is a book that takes you deep into the heart of a place and a person. As Lipika Pelham lays bare the emotions and fallibilities of her life over eight years spent living in Jerusalem, she explores the conflict in the Middle East with inspiring subtlety and understanding.

The Unlikely Settler is the story of a young Bengali journalist who moves to Jerusalem with her English-Jewish husband and two children. He speaks Arabic and is an ardent believer in conflict resolution in the Middle East. She leaves her career behind in the BBC’s London newsroom to follow his dream. But Jerusalem catapults her into a world of tribal allegiance where an outsider’s viewpoint is constantly challenged. From the school you choose for your children to the wine you buy, you must take sides at every turn. The question becomes – which side?

Lipika tries to navigate these decisions with integrity. She chooses an Orthodox Jewish doctor to deliver her baby and a Palestinian cameraman to help her make documentary films. She delights in the Arab culinary traditions that inform Jewish food. Her complicated relationship with her husband Leo is as emotive as the city she lives in, as full of energy, life, pain and contradiction. Increasingly, though, the Middle East conflict starts to spill over into their family life, immersing them in a sense of displacement and disconnection in the segregated city. Only compromise can keep them together, but, as this book shows so brilliantly, peace-making is harder in reality than in the abstract.