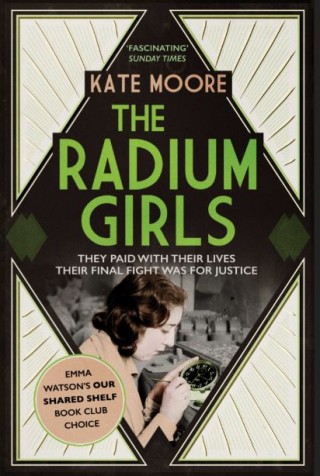 They paid with their lives. Their final fight was for justice

The Radium Girls is the incredible true story of the young women exposed to the ‘wonder’ substance of radium and their brave struggle for justice.

During the First World War, teenage girls flocked to work in the new radium-dial studios. As the years passed, the women began to suffer from mysterious and crippling illnesses, but their employers denied all responsibility. So these courageous women – in the face of unimaginable suffering – became determined to fight back, launching a ground-breaking battle for workers’ rights and scientific recognition that still resonates today. Drawing on previously unpublished diaries, letters and interviews, the book showcases the spirit and tenacity of a group of women who refused to stay silent, and in so doing changed the world. By turns heart-breaking, enraging and inspiring, it is an unputdownable and intimate narrative you will never forget.