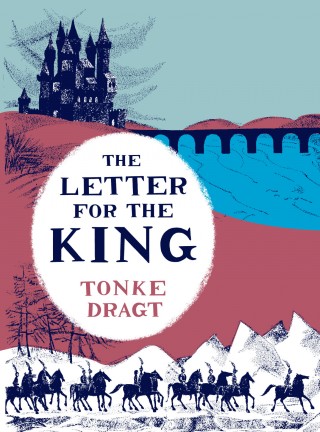 The Letter for the King

Chosen as the best Dutch youth book of the latter half of the twentieth century. Translated into 16 languages. Sold more than 1 million copies.

A young messenger. A secret mission. A kingdom in peril….

It is the dead of night. Sixteen-year-old Tiuri must spend hours locked in a chapel in silent contemplation if he is to be knighted the next day. But, as he waits by the light of a flickering candle, he hears a knock at the door and a voice desperately asking for help. A secret letter must be delivered to King Unauwen across the Great Mountains – a letter upon which the fate of the entire kingdom depends. Tiuri has a vital role to play, one that might cost him his knighthood. Tiuri’s journey will take him through dark, menacing forests, across treacherous rivers, to sinister castles and strange cities. He will encounter evil enemies who would kill to get the letter, but also the best of friends in the most unexpected places. He must trust no one. He must keep his true identity secret. Above all, he must never reveal what is in the letter…

The Letter for the King is the thrilling story of one boy’s battle against evil, set in an enchanted world of chivalry, courage and true friendship.

The Letter for the King's related campaigns