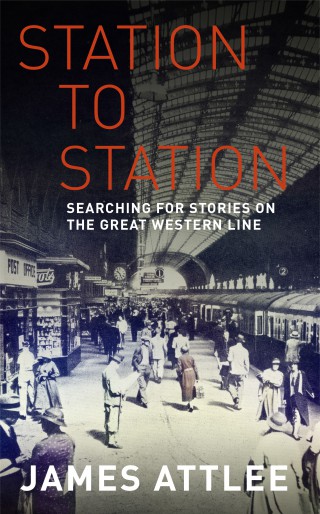 Searching for Stories on the Great Western Line

For more than a decade, writer James Attlee travelled the line connecting the two great cities of London and Bristol by train; the time he spent on board allowed him to complete three books while working a full-time job. He was one of the many thousands of commuters on the route with whom he shared the sounds and the silence of the sealed world of the railway carriage. In 2012 he stopped travelling every day and went freelance; shortly afterwards he was made First Great Western’s Writer on the Train. With the role came a travel pass to the Great Western route and the freedom to explore the line in a different way.

The Great Western line was engineered in the 19th century by that titan of innovation and industry, Isambard Kingdom Brunel, and his presence permeates the journey still. But what else lies in between? London’s western suburbs, the Thames Valley, acres of farmland punctuated by provincial towns; where is the interest in such a landscape? To his surprise, Attlee found it rich in unexpected encounters and the line awash with ghosts. Charles I, Oscar Wilde, T.E. Lawrence, the Beautiful Spotted Boy, Haile Selassie, Stanley Spencer, Diana Dors, Eddie Cochran and John Profumo are just some of the names that haunt the Great Western route. Amongst the living, he meets the people who keep the railway functioning: the ticket inspector; John on the information desk; the architects tasked with re-inventing Slough in readiness for the arrival of Crossrail; even a falconer, whose charge, a great-horned owl called Ernie, drives the pigeons from Paddington station.

But despite the ease with which it rolls backwards and forwards in time, Station to Station is no nostalgic elegy for ‘heritage’ England or the age of steam. James Attlee urges us to reconnect with the very act of travelling by train, to literally wonder where we are, reminding us that the blurred vistas we pass at speed contain a myriad of beguiling human stories.

As Britain embarks on the greatest period of rail construction since the Brunel era, trains are once more seen as the future, not the past. Will they deliver prosperity this time around? Part voyage of exploration, part history, part meditation on the nature of travel, Station to Station takes the reader on a journey into the psyche of a nation, along one of its most iconic lines.