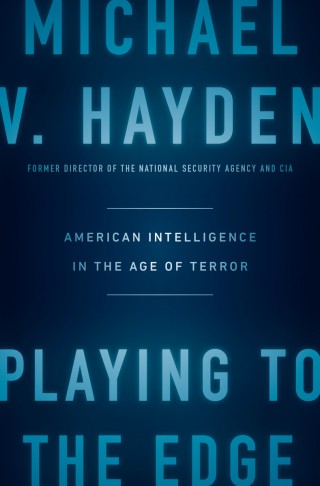 Playing to the Edge

American Intelligence in the Age of Terror

An unprecedented high-level master narrative of America’s intelligence wars, from the only person ever to helm both the CIA and the NSA, at a time of heinous new threats and momentous change

PLAYING TO THE EDGE is an uncompromising and truly unique account of what it is like to hold immense responsibility at the very highest level. Unapologetic and forthright, this is Michael Hayden’s story of his time leading two of the world’s most dominant and influential organisations. It gives an insider’s perspective on the colossal responsibilities that came with the roles and how he tackled them head on, and in the moment.

How did American intelligence respond to terrorism, a major war, and the most sweeping technological revolution in the last five hundred years? What was the NSA before 9/11 and how did it change in its aftermath? Why did the NSA begin the controversial terrorist surveillance program that included the acquisition of domestic phone records? What else was set in motion during this period that formed the backdrop for the infamous Snowden revelations in 2013?

As director of the CIA in the last three years of the Bush administration, Hayden had to deal with the rendition, detention and interrogation program as bequeathed to him by his predecessors. He also had to ramp up the agency to support its central role in the targeted killing program that began to dramatically increase in July 2008. This was a time of great crisis at the CIA and some agency veterans credited Hayden with actually saving the agency. He himself won’t go that far, but he freely acknowledges that the CIA helped turn the American security establishment into the most effective killing machine in the history of armed conflict.

For ten years, Hayden participated in every major event in American national security, the fallout and consequences of which are still unfolding today. “Play to the edge” was General Michael Hayden’s guiding principle when he ran the National Security Agency, and it remained so when he went on to run the CIA. His perspective is truly unmatched, and his goals in writing this book are simple and unwavering: No apologies. No excuses. As honest and candid as it is revelatory, PLAYING TO THE EDGE is an essential history of our turbulent times shedding new light on the decision making behind some of its most seismic events.