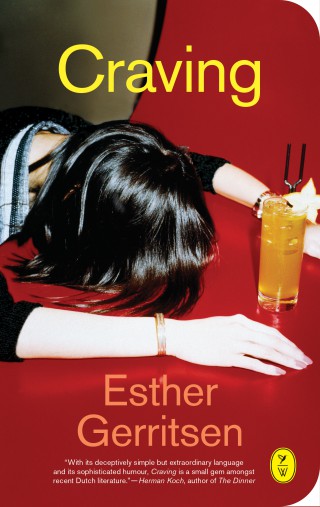 Translated from Dutch by Michele Hutchison

“With its deceptively simple but extraordinary language and its sophisticated humour, Craving is a small gem amongst recent Dutch literature” Herman Koch, author of The Dinner

The relationship between Coco and her mother, Elisabeth, is uneasy to say the least. As a child, Coco went to live with her father when her parents separated, seeing her mother once a week. Now Coco is an adult, they meet far less frequently. Her father remarried and at family get-togethers, he and his second wife often talk about Elisabeth, speculating whether she has undiagnosed Asberger’s.

So when mother and daughter bump into each other by chance and Elisabeth casually tells Coco that she is terminally ill, it sends Coco into a tailspin of complicated emotions. With her own life in disarray, Coco decides to move in with her mother and take care of her, forcing aspects of their troubled relationship to come to the fore once again. Elizabeth tries her hardest to conform to the image of a loving mother, but struggles to deal with Coco’s increasingly erratic behaviour.

Esther Gerritsen’s whip sharp dialogue and dark humour perfectly captures our human frailties…how relationships fracture, how we talk at cross purposes and why it sometimes feels easier to skirt around the truth.

Funny, moving and memorable, Craving is a wryly observed novel about family.

Gliding Flight is a fresh and uplifting tale about the universal themes of an adolescent life―bizarre, adventurous and hilarious. Inventive, dreamy Gieles lives with his father and a flock of geese on a spotters’ campsite beside an airstrip. The landscape is as isolated as Gieles himself. The fourteen-year-old boy is longing for affection –  from […]

“An evocative and bright novel where stories of family and country intersect in textured landscapes of upheaval, hope, and desire. Saturday’s Shadows is at once familiar and fresh, a compelling offering from a  sensitive writer.” Author, NoViolet Bulawayo Saturday’s Shadows is based in a West African country at the  end of a 17 year military […]

My father existed somewhere. He lived and breathed there. Did he ever think of me, his daughter? Did he yearn for me? Linda Boström Knausgård narrates mental illness and hallucination with a tension so powerful and poetic that it recalls Ken Kesey’s One Flew Over the Cuckoo’s Nest. The Helios Disaster is a contemporary mythical […]