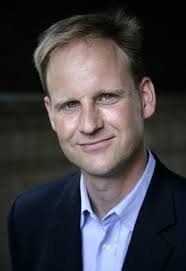 Iain King has worked in warzones, politics, teaching and journalism. In Afghanistan he served alongside both of Britain’s most senior casualties, and in more frontline bases than any other civilian. He is one of the youngest people ever to be made a Commander of the British Empire (CBE).

Once a student at Oxford University and later a Fellow at Cambridge, he has given talks at the UK’s Defence Academy and lectures to the Royal Institute for Strategic Studies. He now leads the UK Government’s research unit on conflict, and writes a column about military history for a popular monthly magazine. Iain King has also been a professional speechwriter for high-profile figures, a journalist, and a report writer to the UN Security Council. He is already the author of two very successful non-fiction books, Peace at Any Price: How the World Failed Kosovo, How to Make Good Decisions and Be Right All the Time. The Myles Munro books are his first works of fiction.