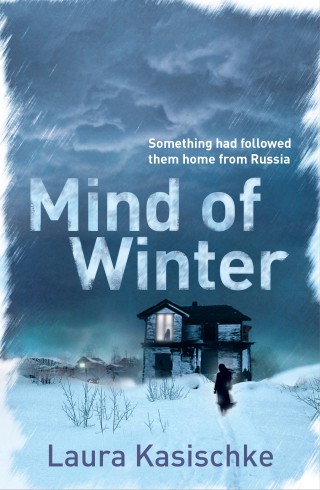 Something had followed them home from Russia...

‘Catapults us into another plane of existence’  ~ The New York Times

‘A nightmare-inducing domestic mystery. Scared as we may be, we
can’t resist a peek’ ~ The Boston Globe

On a snowy Christmas morning, Holly Judge awakens with the fragments of a nightmare floating on the edge of her consciousness. Thirteen years ago, she and her husband Eric adopted baby Tatty, their pretty, black-haired Rapunzel, from the Pokrovka Orphanage #2. Now, at fifteen, Tatiana is more beautiful than ever – and disturbingly erratic.

As a blizzard rages outside, Holly and Tatiana are alone. With each passing hour, Tatiana’s mood darkens, and her behaviour becomes increasingly frightening . . . until Holly finds she no longer recognises her daughter.

A chilling psychological drama, Mind of Winter is a spine-tingling and beautifully written novel that will leave you guessing until the very end. Perfect for fans of Gillian Flynn or Kate Atkinson.

Laura Kasischke teaches in the University of Michigan MFA program and the Residential College. She has published seven collections of poetry and seven novels. Two of her novels have been made into films, including The Life Before Her Eyes (2007) starring Uma Thurman, and her novel, The Raising, was shortlisted for the 2011 Prix Femina (France).